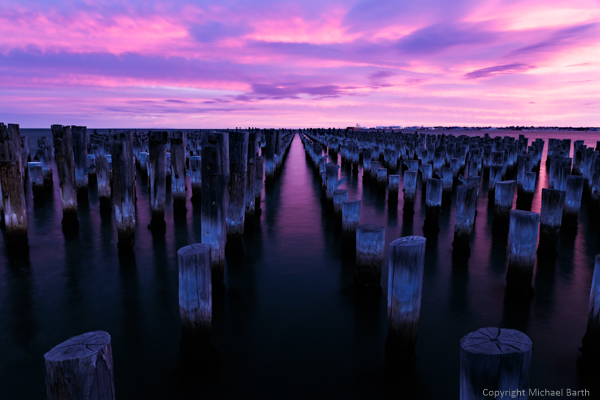 Princes Pier is a very popular location for photographers, so much so that when I arrived there were around 20 other photographers from a Facebook group at the end of the pier. I had hopes of catching some nice light from sunset but alas the clouds were not cooperating and sunset itself was a non event. Oh well, blue hour anyone….by this time most of the Facebook group had called it a day…..then the sky lit up with these fantastic colours and the clouds that ruined my sunset plans were forgiven. Equipment used was a Canon 6D with Tamron 24-70mm f2.8 mounted on a tripod. ISO 400, f8.0, 24mm and individual exposures of 0.4sec. Post processing involved developing in Lightroom to a set of 13 images , before moving to Photoshop to stack them and do some cleanup.

The second image below was ISO 100, f16, 24mm and individual exposures of 10sec. Post processing was much the same as the first image, just that there were 6 images. 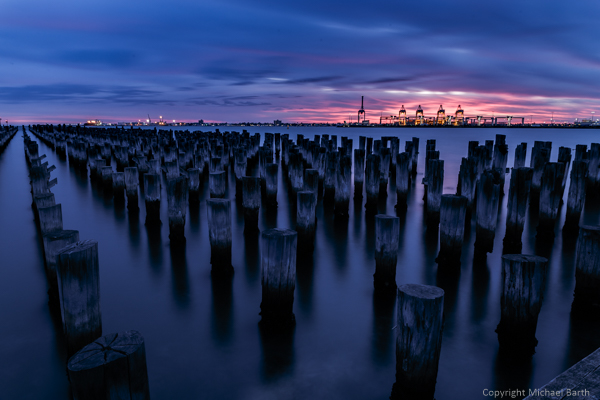 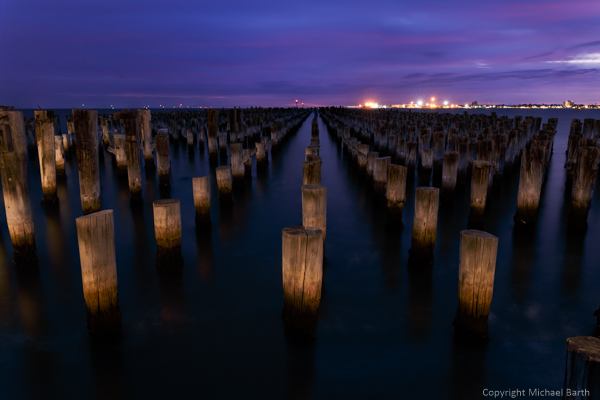